This is the fifth chapter in a series of motivational short stories for kids.

Little Joe liked being the youngest kid in the family, well most of the time he did.  For one thing, he did not have to do as many chores as Emily and Molly.  He didn’t have to go to school, or do homework and he got to play most of the day.  Even though he was free to explore and have fun he was also learning to be, what Mama calls, responsible.

His favorite friend to play with was Timmy.   Timmy was little Joe’s neighbor.  Little Joe was allowed to play with Timmy after his chores were done each day.

Even though Little Joe was allowed to play with Timmy, Mama said he must stay in his yard at all times. That is one of the things, about being the youngest kid, little Joe did not like.  Molly and Emily could cross the street whenever they wanted, why couldn’t he?

One day when Timmy and Little Joe were playing ball, the ball rolled across the street. Little Joe knew that he could not leave the yard but he was tempted.  It would only take a split second to grab the ball and bring it back to the yard.  Before he knew it

his little legs were running as fast as they could.  He wanted to get the ball and bring it back before anyone saw him.

Just as he was about to run into the street he heard a loud SCREECH and as he looked left he saw a big white car swerve so close to him he thought he was going to be hit.

Uncle Joe came running from behind the garage and yelled, “Little Joe, are you okay?“ But Little Joe could not speak and he could not move.

Just then Mama came out the door.  Her pretty face looked terrified.  “Little Joe, get out of the street, Right Now!“ she ordered.

Little Joe backed up until he felt the safety of the curb.  He stepped up on the curb as his legs went weak.  Suddenly he was on the ground.  Little Joe pulled his legs up close to his body, dropped his head to his knees and wrapped his hands around the back of his neck.  Hot tears welled up in his eyes.  His legs and his whole body started shaking.  He was afraid to look up.  Why didn’t I call for Uncle Joe to get the ball for me?

When Little Joe looked up the man from the white car was standing next to Uncle Joe.  He looked a lot like his grandpa. Little Joe thought the man should be mad, but he wasn’t.  He offered Little Joe his hand and guided him to the bench at the edge of the property.  “Are you okay young man?” said the grandpa.  Little Joe looked at his gentle blue eyes and answered, “I think so.” “Well, okay then son, I’ll be on my way, please be careful next time, okay buddy?” said the Grandpa as he patted him on the back.

After the man in the white car drove off, Uncle Joe looked at Little Joe and spoke softly, “Little Joe, are you really okay?”

Little Joe shook his head, yes but then he began to cry loudly.  “I’m so sorry Uncle Joe.” Just then Mama came walking up to Little Joe.  There was fear in Mama’s eyes.  Little Joe whimpered, “I almost got killed, Mama !”

Uncle Joe bent down and rubbed Little Joe’s head.  “Come on Wee Man, chin up, you’re safe now.”  “Why do I always disobey the rules, Uncle Joe? I know the rules but I just don’t want to obey them.”  cried Little Joe.

Uncle Joe’s face got serious and that far away look washed over him. “Well, Wee Man, ever since the beginning of time people have had a problem with rules.  Every person wants to do things their own way, nobody really wants to obey the rules.  It’s only when we understand that God gave us rules to protect us, not hurt us, that we begin to see why we must obey the rules.”

Mama’s face softened and the corners of her mouth turned up as her eyes twinkled.  “Yes, Wee man, I do forgive you.”  Mama wrapped her arms around Little Joe as she picked him up and twirled him around two times.  Little Joe loved his Mama and he was so sorry he disobeyed and frightened her.

Little Joe was beginning to understand why Mama and Papa said the rules in the Summerfield family must be obeyed.  If a rule is broken, there is always a consequence.  “Mama, what is my consequence?”  asked Little Joe.

Mama held Little Joe’s hand and looked directly into his eyes, “What do you think your consequence should be?” she asked

Little Joe hung his head and thought about it. “Well Mama, I think I should go to bed without supper and I should be grounded in the house for a whole month.”

Mama patted Little Joe’s head gently as she bent down beside him.  “Wee man, I think you have punished yourself pretty hard all by yourself.  I believe you learned an important lesson today.  I’ve decided to give you grace.”

“What do you mean Mama?  What does grace mean?”  said Little Joe.

Looking up into the trees, Mama took a moment to think, as if she might find the right words falling like the leaves around her. “What I mean when I say Grace is that I will not give you a consequence this time, even though you deserve one.”

“Really Mama!  No Consequence!”  Little Joe said as he looked at his mama in amazement.

“Really Little Joe, no consequence at all!” answered Mama

2 thoughts on “OBEDIENCE – How Disobedience Leads to Big Trouble”

This site uses Akismet to reduce spam. Learn how your comment data is processed. 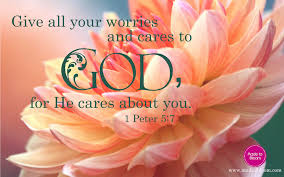